Its been a challenging last six weeks. My mind has oscillated between remembrances of the past, and hopes for a future, sandwiched between fully booked weekday hours aimed at consistently following my lifestyle habits: sleep, practice, work, exercise, clean, study, relax/play. There is no spare time- each segment of the day fits tightly against the next, and any loss of equilibrium means that one part has to wither temporarily until nourished/nurtured by adjustments of the whole.

The house/retreat center progresses steadily. The upstairs now has lighting, and storage shelving and spaces will be ready within days. Soon I will make the move upstairs, turning the second floor into a massive bedroom/practice/ healing space. Winter is knocking at the door, and now both heaters are operated, depending on task and time of day.
Next on the agenda is the entrance way into the house, and its replacement that will fit with the overall Japanese design aesthetic. A local expert has already been consulted, and tonight should give me an idea of just how much it will set me back to do it.
A long gone friend is back in Japan for a few months, and he managed to motivate my wandering posterior into action over the weekend, where the pair of us made incredible inroads into fixing the sliding doors and shoji paper surfaces of my traditional old house..
In amongst all this, I keep myself busy. I see my mind turning to the past, over and over, remembering a reality that was at once perfect and all wrong in equal measure.  The thought of what if… torments me enough at times to seriously make the day and night a chore.
But I soldier on and practice, this lesson that has no punchline, this lesson that is a joke on my own ego and supposed understanding that I have of my own life.
The presence of a true friend close by is an absolute blessing. Without that, there are times I know I would be completely rudderless, unable to ford the obstacles that my life presents me with at this very juncture.
Friends are everything. Simple gestures by them, made without a second thought, can often have much deeper significance to the receiver. As such, I have been the beneficiary of so much love and care as people help me to re-balance myself, me, the sudden and unexpected single entity, and try to move on with authenticity in my own life journey.
For me, that means a lot of introspection and contemplation. I know very clearly what I do not want to be, and see just how many of the obstacles that I face in daily life are actually created just by me. Oh, the subtleties of practice…..

It was in a state of absolute chaos when I first set eyes upon it.

As we pulled up gingerly in front, reading off the numbers and checking with google maps, the strong high walls that surrounded it and its raised garden, higher than all those properties nearby seemed more fortress like than welcoming. The driveway up the center was completely overgrown with bamboo, which shot up in strong demonstration to the tarmac covering. There, through a jungle of trees, grass and bamboo, stood an old but majestic beauty.
I was already two months in to a long and detailed search that had taken me to about 20 houses or so, and the real estate agent, frustrated that he was unable to pinpoint just exactly what I was looking for, pointed me to a large stack of properties tucked into a shelf. Two volumes, and I had to leaf through each page one at a time.
Al that I saw as I leafed through did not satisfy my criteria: next to a forest, old, large, in need of work but with potential, reasonable rent, on the outskirts of the city. Everything was bound with concrete- roads, suburbs, gardens an abstract thought rather than a concrete connection to the earth, which was what I was searching for.
I wanted a place that was large enough for guests, with the feeling that they were escaping the city and entering old, traditional japan; a refuge of sorts and a place where, if necessary, Buddhist teachings and other such contemplative arts and discipline seminars could occur.
An hour or so later, I turned the page to this beautiful white building, two stories with well groomed trees, white and clean. rent was $500 too expensive for my budget, but somehow the house on this page kept talking to me. 1600 square feet, four big rooms downstairs and a big loft, space for renting out a room if needs be…. I was intrigued and kept turning back to the page. The real estate agent called the company taking care of it, to see if it was still available.
Feeling something, I went over there that very day and had a look ( first paragraph above). As I walked up the fairly steep driveway, I realized that the picture I had seen must have been taken many years ago, for what was before me was a house about to be reclaimed by the woods.  The garden was completely overgrown; bamboo was everywhere, spider webs lurked at every step. The trees grew so thickly and tightly to the house that it was difficult to see inside. With effort, I crawled between the trees and the front glassed in balcony , and peered inside.
As I dusted off the window pane, I beheld and old and beautiful house, dark and wooden, shoji screen doors and wooden rafters everywhere. The tatami mats were covered in a thick pile of dust, but still looked strong and firm. It was massive, dark and empty, surrounded by a calm feeling of surrender to the forces of nature very actively attacking it. It would need a massive amount of work and cleaning, but I could see the potential of what its wooden beams held.
It was as if the house spoke to me. And I knew in that very instant, that I had found my new home.

The alarm goes off at 4:25 in the morning. I take the dog outside for a few minutes before I head into my morning practice, the only way I can get the bulk of it done before my long working day. The old wooden house has a faint chill to it, but this falls off as soon as I sit down and start to practice. Sixty years and it still sits like a majestic rock against the modest hillside, surrounded by a bamboo and cedar forests that welcomes the wind each day.

Its another day in my new life, single now after seven years of hopes and dreams, only to step once again into the present moment, alone again. The thoughts and projections of what would be are left behind and I am struck by the sharp space that surrounds when two lives, once closely inter-wound, are undone. I clean my shrine, wash each bowl one by one and make my offerings to the Buddhas and Bodhisattvas to grant their blessings for all sentient beings, asking at the same time to become more skillful in my human relationships.
The silence listens but says nothing as always. Only the faint chirping of a bird as it gingerly tests the morning, flitting from branch to branch in the slowly awakening dawn.
Sadness, regret and at times hopes and aspirations fill my mind, only to come constantly back to space, space, the here and now. Whether one likes to admit it or not, one cannot avoid pain in this human experience, for that suffering that we experience in our lives is just as valid as the times of happiness and bliss. In a world that constantly runs from the down side and clings madly to the good, I belatedly admit to myself the lingering remains of what was. Back to the moment, back to each moment, the mind wants to run away, to somewhere less painful and “what if”. Space beckons me again as my mind calms.

Praying that my ex- partner finds the happiness she so dearly seeks, acknowledging my own hopes and fears so deeply involved- ah, to be a Buddhist is tricky! The double edge sword of reality cuts sweetly and deep, as we dissolve and let go, and yet try to live our lives in genuine fashion. Heaven and hell need not be some far off distant possibility, they live here with us with each breath and moment, at times a choice, at others not.

I smile to myself as I remember to be kind to myself, for we are all human, and bound to make mistakes as the song goes. S 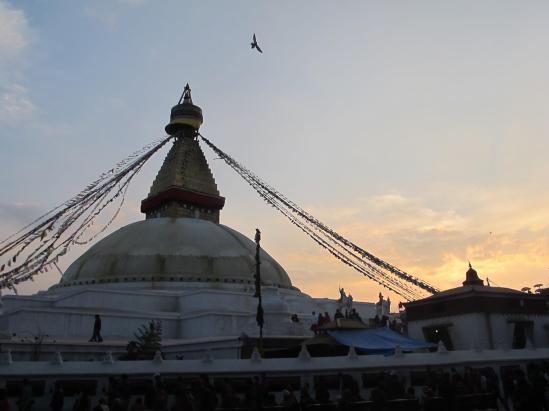 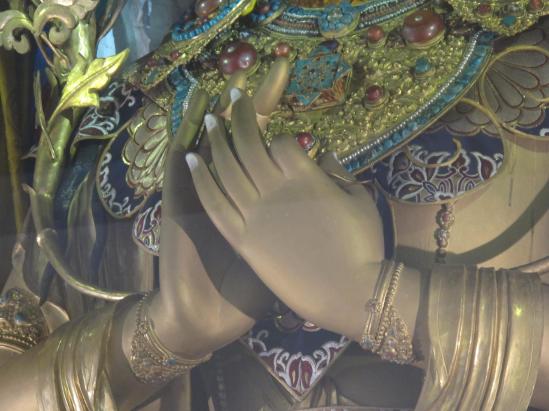 Born in Tibet – Episode One / Yönten
A short peak at footage of 83 year old Yönten Tharchin and translator Ani Jinpa shot in Boudhanath Nepal. Yönten was attendant to Chögyam Trungpa during his escape from Tibet in 1959 as famously chronicled in Trungpa’s book “Born in Tibet.” Over the course of three weeks Yönten recounts in detail the harrowing journey during which many perished. For more visit http://www.chronicleproject.com

For the first time, the reclusive and secretive Tibetan monks agree to discuss aspects of their philosophy and allow themselves to be filmed while performing their ancient practices.

Part 2 of the English language black and white version of the classic French documentary:

The English black and white version of the classic French documentary: